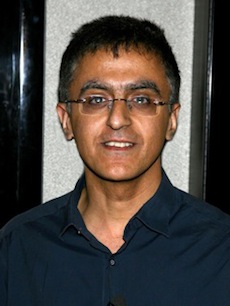 Avie Luthra is an experienced, award-winning drama writer and director. He is a graduate of the Director’s Course at the National Film and Television School, UK and a previous winner of the BBC’s Dennis Potter Award for new writing. He was featured in Screen International’s ‘Stars of Tomorrow’ list, and was nominated for a BAFTA for his short film LUCKY, which was also short-listed for an Oscar. Following the success of the short, he wrote and directed a feature length version of LUCKY, which has won 9 international awards to date. His original feature length film SECLUSION is currently in development with Shudder Films, and Avie is attached to direct. His original TV drama series GOLD is currently in development with Wall to Wall. He recently worked with Blue Ice Pictures on MADIBA, a new six-part miniseries about Nelson Mandela starring Lawrence Fishburne and Orlando Jones, which recently aired on BET. Avie is currently developing two new original television ideas.