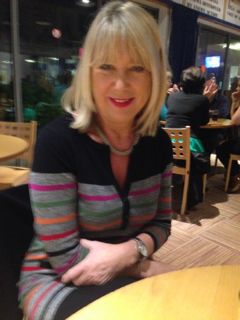 Lucy is an experienced and versatile children’s writer in TV, film, books and theatre. In television she has worked on a variety of award winning shows for for companies such as Henson’s, Aardman, HiT Entertainment, CBBC and CITV.

She created the live action kids’ comedy drama series for 8-12 year olds, BIG KIDS, for CBBC, starring Imogen Stubbs. A film treatment is available for this project for consideration. Lucy’s most recent TV script commissions have been for Aardman’s SHAUN THE SHEEP, HiT Entertainment’s ANGELINA BALLERINA and CHUGGINGTON for Ludorum. She won the 2010 Writers’ Guild category Best Children’s Television Drama/Comedy as part of the writing team for SHAUN THE SHEEP.

Her books include the Christmas fantasy fiction NICKOLAI OF THE NORTH and its sequel NICKOLAI’S QUEST, published by Hodder Children’s Books. Her stage musical adaptation has been performed twice including a sell-out run at the Archway Theatre in 2012. She is currently working as script editor on the film adaptation of Nickolai of the North with Gatehouse Productions.

Lucy has also written two more plays, Six Characters in Search of a Story, performed at the Marine Theatre in Lyme Regis, and Kill the Lights, co-written with Duncan McIntosh, currently available for licence from Arts on the Move. She is planning to write more plays.

Both Nickolai books are available as kindle editions on Amazon. She has three further manuscripts available for option; a historical teen fiction, Henry Henrietta, a sci fi fantasy, Goddess in Pyjamas, (also available on Amazon kindle) and another fantasy fiction for 10+ readers, The Butler from Beyond.