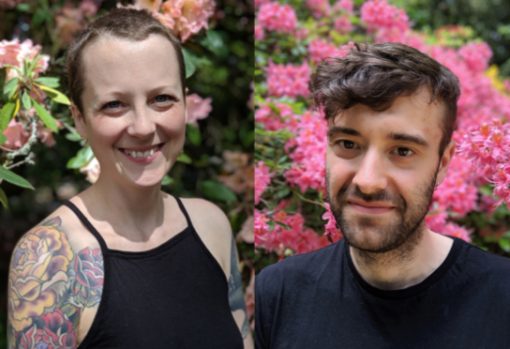 Socrates Adams and Anneliese Mackintosh are a Bristol-based husband and wife writing team. They are currently developing a sitcom and a comedy drama script, as well as a feature film.

Anneliese is an award-winning literary writer. Her latest novel, BRIGHT AND DANGEROUS OBJECTS, was published by Tin House. Her first novel, SO HAPPY IT HURTS, published by Jonathan Cape, was shortlisted for a DIVA Rising Star Award and has been optioned by Eleventh Hour Films. Her short story collection, ANY OTHER MOUTH, won the Green Carnation Prize for LGBT literature. Anneliese’s fiction has been broadcast on BBC Radio 4 and she had a 30-minute play on BBC Radio Scotland.