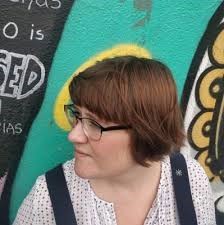 Carol Walsh is a Dublin-based writer who got her start as a storyliner on the long-running RTÉ soap, FAIR CITY. Here, she contributed to the story team for several years and was also the scriptwriter for three episodes over 2015/ 2016.

In 2016, Carol won the Funny Women Comedy Writing Award and was prompted to move more towards her passions: comedy and children’s content. She subsequently developed an original comedy series with The Comedy Unit. In 2018 she was selected to be part of the BBC Writersroom 2018 Comedy Room.

On the children’s side she has written five episodes of MINI MOGULS FOR Tailored Films and RTÉ and most recently wrote an episode of BERRY BEES for Telegael/ SLR Australia. She has recently written on a new animated preschool series for Little Moon Animation, and on new animated comedy series DODO for Wildseed Studios, Telegael and Sky. She is currently adapting one of David Walliams’ books for King Bert Productions for a proposed animated series. She has just started her first feature film commission for Little Moon Animation.

She is currently developing her original live action teen comedy drama with Tailored Films and RTE and is part of a writersroom on a new drama series for Monto Movies. Most recently she has optioned her teen sitcom pilot to BBC Children’s.