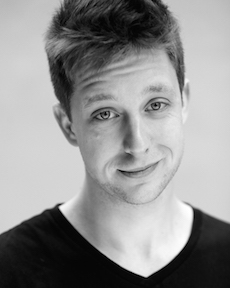 Comedy writer Tobi Wilson recently worked as a Senior Writer on Cartoon Network’s THE AMAZING WORLD OF GUMBALL, now in it’s sixth series, having written across five of them. Tobi was part of the writing team on GUMBALL who won the 2013 and 2016 Children’s BAFTA Award for writing, plus the 2014 and 2017 nomination of the same award, and the Writing Award at the inaugural European Animation Awards. Tobi also wrote the episode ‘The Shell’ which won the Best Children’s Series and the Children’s Choice Award at the British Animation Awards in 2016.

Tobi has written on CBBC’s DANGERMOUSE and Disney’s SPACE CHICKENS IN SPACE, plus on US animated series BRAVEST WARRIORS for Frederator Studios, and UNIKITTY for Warner Bros Animation. He recently worked with Disney TV Animation in the US on his original series, and currently has a co-created live action kids comedy under option to Wildseed Studios. He has also recently developed new projects for Jellyfish Animation, Mattel, Gigglebug Entertainment, Disney EMEA, Nickelodeon International, Coolabi Productions, Sixteen South, Saltbeef TV, One Animation and Up Studios. He is developing several projects with Netflix US including his original co-created animated series.

Tobi has been a member of the sketch comedy group Sad Faces since 2006 as both a writer and performer. The group have performed at The Edinburgh Fringe Festival since 2008 and their most recent show, THE DAWN CHORUS, was at The Underbelly in 2015.

He is currently working on new original ideas for animation and live-action.