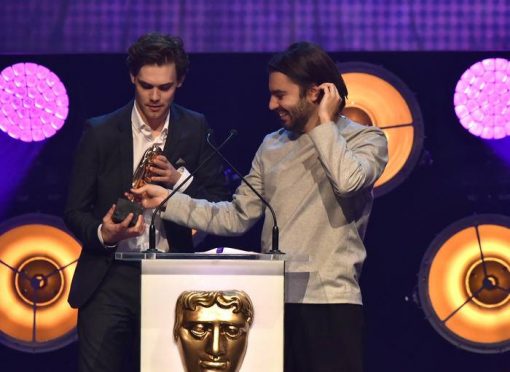 Shortly after university, they were taken under the wing of Wildseed Studios and together developed and made pilots for adult animated series RAJESH FINESS (starring Sanjeev Bhaskhar) and LONE WOLVES. They went on to create further episodes of LONE WOLVES, and develop their original kids series LOTTIE BEARSHOUT, which caught the attention of the Disney EMEA team. They then created, directed and wrote animated short LOTTIE BEARSHOUT ‘Good as Goaled’ with Wildseed for Disney XD for their soccer shorts celebrating the European Championships, which went on to win the Children’s Short Form BAFTA.

Over the 9 years of working together Tom and Martin have worked with several high-end production companies including Disney, Mondo Media and Frederator Studios. They are currently working on several new projects with Wildseed Studios and Gigglebug Entertainment, and have a new animated TV project under option to BBC Children’s.